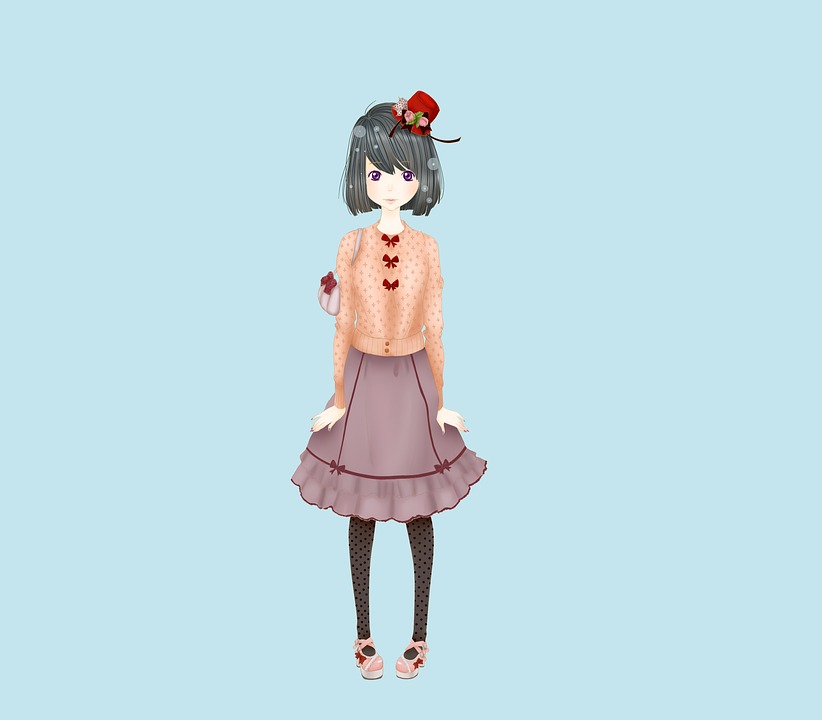 Some days ago I noticed an article on Facebook; to say it in detail, it was an article by Salome Balthus. Miss Balthus describes herself as a noble-escort and operates an agency in a big German city. It’s ok and she might have her reasons.

However, something else in the article attracted my attention and caused me to read more detailed and to investigate.

Nobody wonders that men who buy women for sexually using them are especially and in big amount attracted by very young women and girls. The age can never be young enough and a look at the prostitution places on the streets worldwide shows that many women in prostitution haven’t even rudimentarily reached age of consent.

Here in Germany more and more younger women are demanded, fresh meat for the punter, totally according to his predilection.

In one of her articles, Ms. Balthus is describing how she serves one of her clients, a strict man who works at a courtyard. You might think that men – in this case judges and lawyers – at least exert themselves for not committing ethical wrong behaviour, but this wish is only a fantasy and in reality these men are full of abysses, too.

She is describing exactly this abyss in her text, therefore explaining the prevailing demand, the latent paedophilia of her client.

At the end of her report, Ms. Balthus doesn’t only play the role of a Lolita for her client – what is bad enough – but she even pretends being a child, just 9 years old.

In which way does it make you thoughtful? If you read her blog and parts of the column which she wrote for the German magazine “Welt”, you will get the impression that the game with paedophiliac fantasies isn’t only coincidence, but directly enforced by her.

Paedophilia as the contemporary preference, the alluring child, the seducing Lolita and the man’s responsibility not to abandon himself to the seductions of young girls, or if being seduced, only in a role play with a woman in prostitution like Ms. Balthus.

Is this an expression of the heroically contemplated thought of punters like “If there were no prostitutes, the streets would be full of wild men grabbing them all, no matter if child or woman”, or what exactly shall be the effects of a satisfaction of latently existing paedophiliac thoughts? That the man satisfies himself on a woman who sacrifices herself so that he doesn’t abuse a young girl instead? I don’t really awake to what is meant here, and for me, the game with identities truly isn’t a sufficient explanation.

The interested reader lacks of a detailed explanation why Ms. Balthus advertises so aggressively with the child-role and what is her own satisfaction in this “game”.

The range which Ms. Balthus is given, is very huge. And the danger is that paedophiliac preferences (well, I am aware that not every paedophile is an offender and not every offender is a paedophile) will get socially acceptable again and appear as something completely normal, what every second man carries around with himself.

Ms. Balthus is explaining that men who are aware of their preference, but don’t want to cause harm to anyone, are “paedophiliac geniuses”.

One of her clients is such a man. Obviously, he is attracted to young girls and “Lolitas” and doesn’t deny it.

According to the text, he lets the girls fall in love with him, he even welcomes them in his apartment. Of course he is self-controlled and considers himself being a “hazard-free test object” for the effects of female charms – the charms of very young girls who had their parent’s trustful agreement to enter his apartment.

In summary: a man, possibly of average age, well off, is attracted by girls and young women. Their parents entrust their daughters to him, he teaches them private lessons or “employs” them for an afternoon. Is all of this normal? There’s a bitter aftertaste by the circumstance that he probably only welcomes the children in his apartment for getting sexually aroused by them.

Ms. Balthus testifies that while being on common activities with this man, she noticed that pubescent girls were flirting with him and that a young girl aged younger than 10 years even lifted her skirt when he was around – that’s all an occasion for the man to further encourage his thoughts.

Ms. Balthus doesn’t consider all these things as a reason to refuse this man as a client, but instead she thinks he is suffering due to not being allowed to live out his fantasies legally. Looking at the devastating numbers of sexual abuse of children and teens only in Germany, you will see that there are very few “paedophiliac geniuses”.

For most of the victims, me included, this kind of transfiguration of crimes is hardly bearable. When children and teens become victims of sex crimes, they feel guilty and dirty. And often the offenders talk at the children that guilt was to be found in themselves, because they had seduced the offender. In one of her texts, Ms. Balthus is describing the seducing Lolita, and that’s exactly what victims of abuse get to hear – however not in a game, but sadly in reality. Although this reality goes to far for Ms. Balthus, she seems to accept such a fantasy in the minds of her punters.

The notion to consider this kind of rightly prohibited fantasy as acceptable is a bad signal for society. Children and teens need special protection and although I guess that Ms. Balthus’s opinion stands in accordance to this, the signal which she is sending to men and punters is a completely different one. Latent paedophilia isn’t a contemporary preference, and it’s not ok in any circumstance. No matter for what reason men are abusing children for sexual purposes – to glorify this kind of crime in a role play in prostitution is what I evaluate very critically. It’s not a good signal and furthermore anything else but feminist – but anyway, that’s what buying women will never be. Subordinating yourself to the wishes of men so that you finally support their paedophiliac preferences can’t reflect the sense of the rights of girls and women.

This does not surprise, as Amensty threw us women in prostituion under the bus years ago, when they demanded a full decriminalisation of „sex work“ and EXPLICITLY INCLUDED JOHNS, TRAFFICKING, AND PIMPING. Their justification for this was, that every human being is supposed to have a right to sex and that it would be an act of DISCRIMINATION to prohibit men from buying it. What is clear to us is: there is a right to one’s own sexuality, but there is no right to have anybody else delivered at one’s disposal for this.

And: Anybody supporting johns, pimps and traffickers to walk free is not FOR us prostitutes, but AGAINST US. We also have a critical view of the contributions from the audience today. A woman “researcher“ categorized us as being “far too emotional“. Sub-message: “You’re just complete losers, victim-mentality, you can only cry and sniff, but I – well I can think.“ Surprise! We can think, too. (And some of us, BTW, also are also researchers.) Accusing women of being „too emotional“ is bestknown patriarchal. You complain that we “play the victims here“, but it is you who reduce us to our victim status, you are the ones to say that we’re just whores, incapable of thought or political analysis. This boundless comtempt of women does not surprise us in the least, however.

And then, at the end, being told we’re racist, because we draw attention to under what CONDITIONS women from the poorest European countries have to be on the game here. The CONDITIONS are racist and we denounce then – from you, not a syllable on that. It is only our giving VOICE to the criticism that annoys you. What is happening here in Germany is the worst kind of colonialism. Women from southeastern Europe are to suck German men’s dicks to survive. NOT A WORD from you on that. But to spell out this fact is racist? Lay of whatever you’re sniffing.

We’re not suprised at you. But we are surprised that you still call yourselves a human rights organisation. Be honest and call yourselves PUNTERS’ AND PIMPS’ ORGANISATION.

What your protested here was prostitutes speaking about prostitution.

For us, Amnesty has lost any credibility. 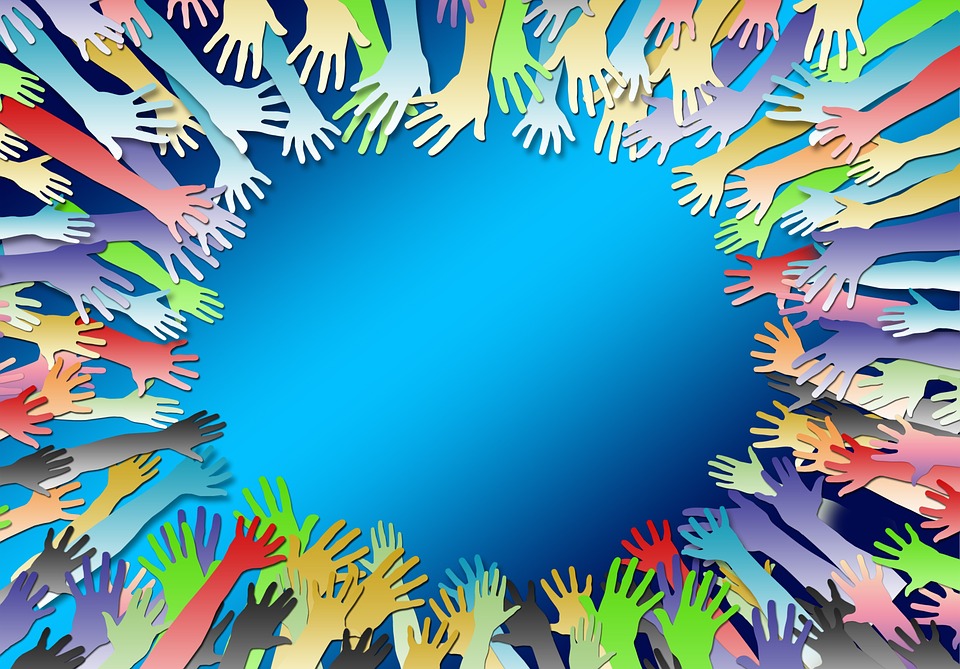 A joint statement by Ella, the action group for women in and from Prostitution.

Unfortunately our allies, that is people who get involved for us, the prostitutes, and who speak up against prostitution, occasionally hurt us inadvertently.